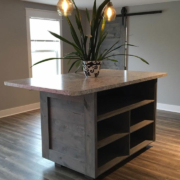 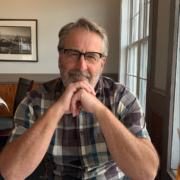 I founded Perkins Custom Remodeling in 2002 but, you could say, the business was a lifetime in the making. The seeds were planted growing up in rural Michigan, where I quickly developed a strong work ethic while helping my father and grandfather, both skilled craftsmen in their trades… Learn more about Ted Perkins

"“We would definitely hire Ted again. He was so responsive and worked so seamlessly with everyone … from Kristie the amazing designer through all of the subs. There was never any ambiguity and all had great attention to details.”" 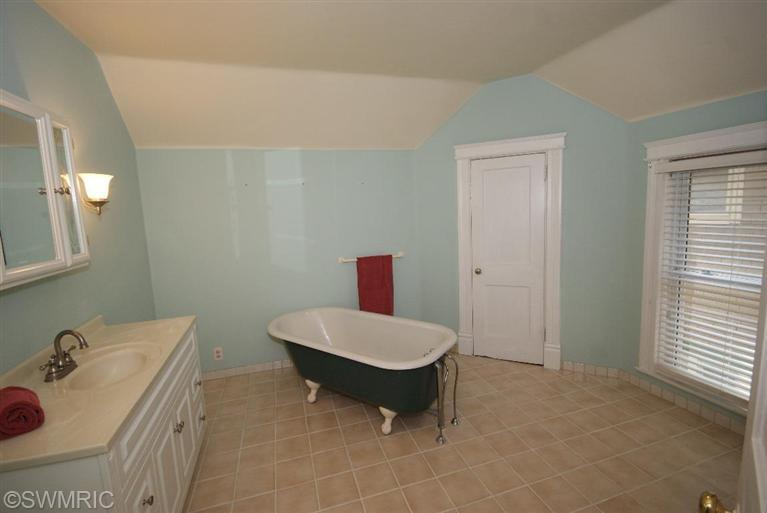 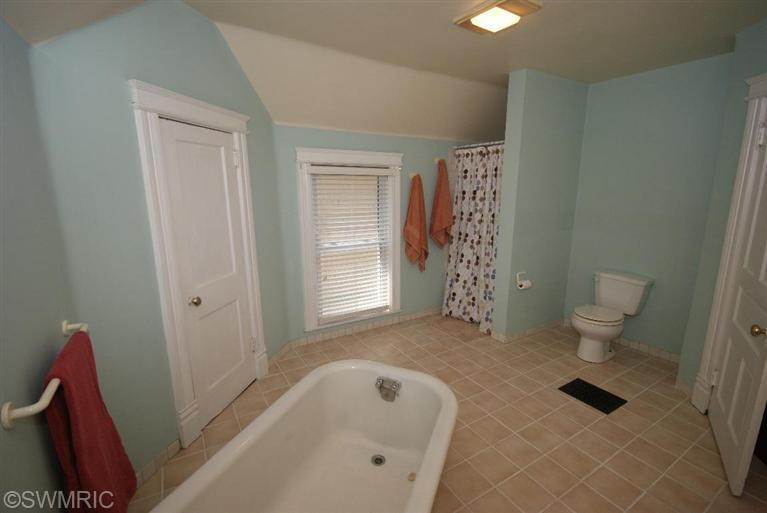 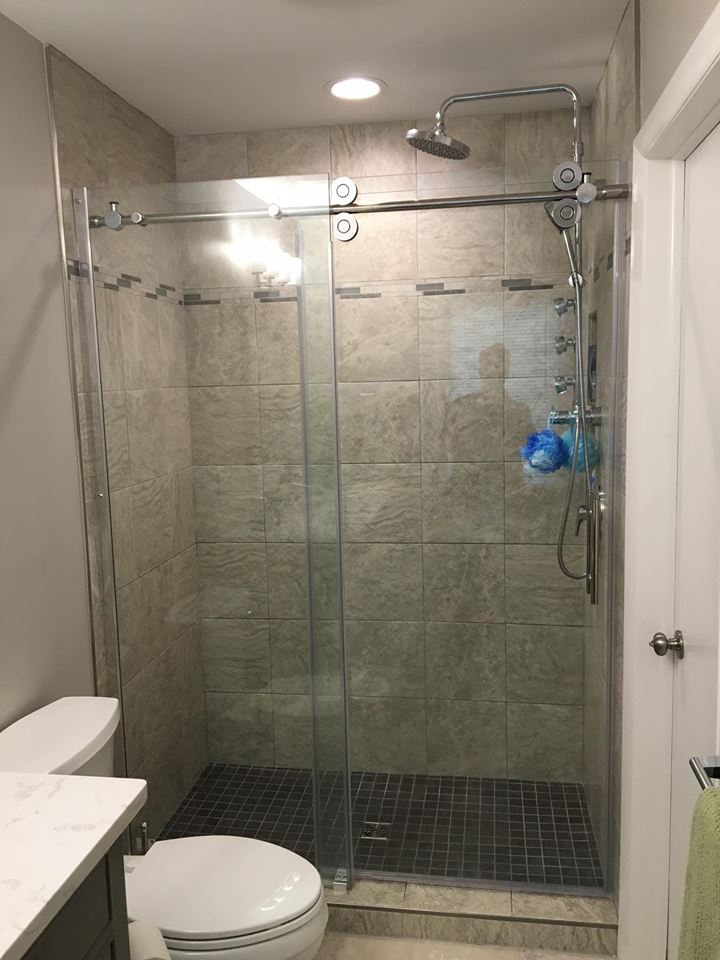 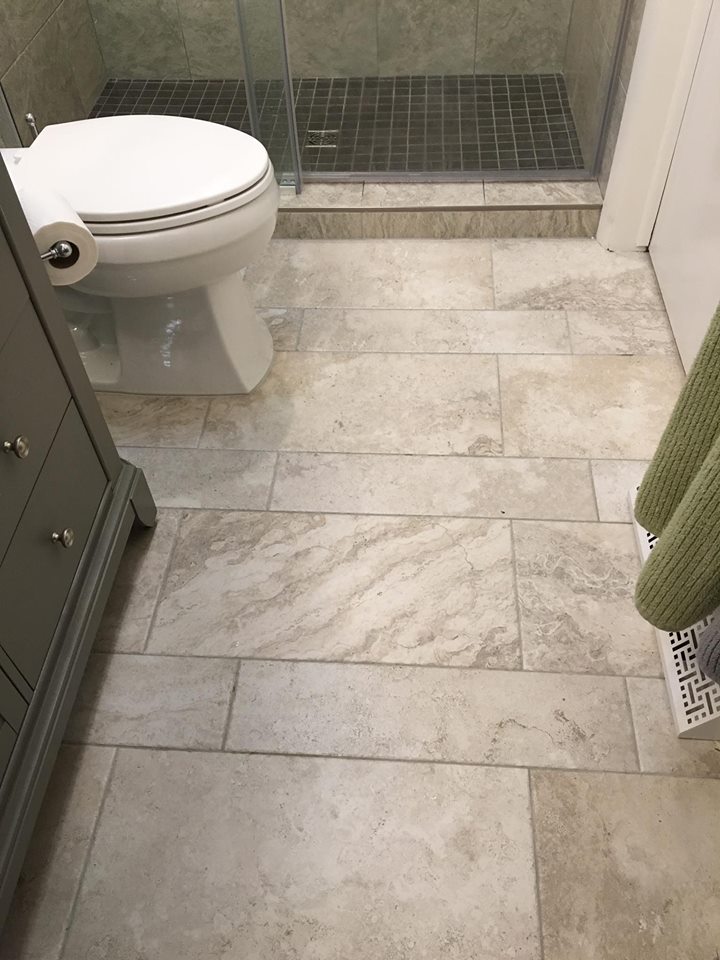 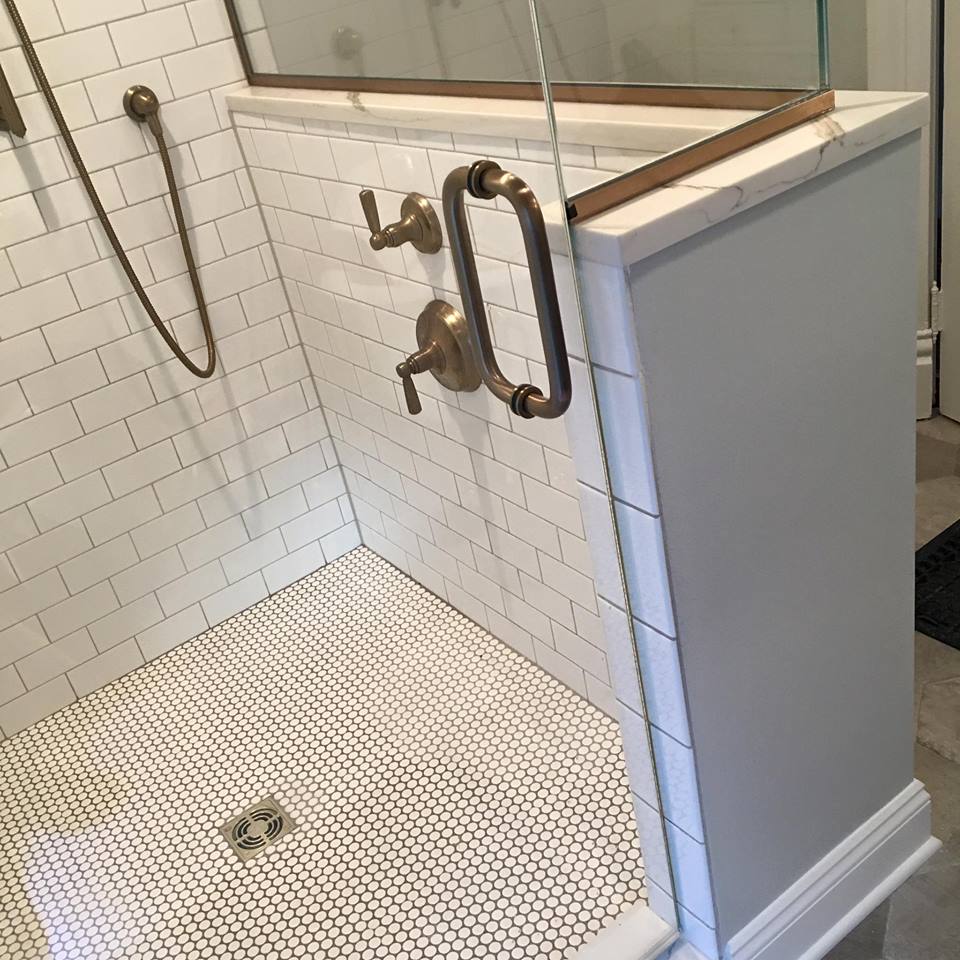 "Leanna and Ryan’s Heritage Hill home was pregnant with possibility … both figuratively and literally. The couple was expecting their first child in mid-September, and they needed their dated upstairs bathroom remodeled before his arrival."

“We interviewed two other contractors,” recalls Leanna. “But we went with Ted because he had really interesting ideas. We also felt like he was really engaged in the project and actually listening to us.”

Almost a month to the day of that meeting, the project started in earnest with gutting the existing bathroom down to the studs. Everything went, well, everything except the home’s original claw-foot, cast-iron tub.

“We loved the tub and wanted to keep it, but someone along the way painted the exterior with dark green house paint,” says Ryan. “Of course, Ted has a guy who stripped the old paint and gave it a beautiful, white finish inside and out.” The charming, turn-of-the-19th-century tub is now the centerpiece of the family’s new bathroom, which is a careful balance of original details and modern conveniences.

According to Ted, along with the charm of an older home also come special challenges that require creative solutions.

“You never know what you’re going to get when you open up a wall. In this case, they had structural issues dating back to the 1850s, as well 50-year-old handyman plumbing and electrical work that needed to be addressed.”

Leanna and Ryan gladly put their trust in Ted and were willing to do whatever needed to be done, though.

“Ted is so chill,” recalls Ryan. “His motto seemed to be, ‘No problem. We’ll have that taken care of.’ So when we did have a problem, it was always fixed real fast. And there were never any surprises in terms of cost because he had great transparency in terms of prices and allowances. If you spend less or more, it will cost less or more, and he created a paper trail for whatever we opted into.”

Mutual trust throughout a project is incredibly important to Ted.

“We’re all in this together,” he says. “Because nothing is more disruptive than a remodeling project. We’re in your home, in your bedroom and, in cases like this, literally in your medicine cabinet. We need to be a team working together in a cooperative manner, solving problems together.”

Leanna was especially grateful for one particularly thoughtful adjustment in the project’s timeline.

“At one point, we were without a toilet on the second floor, so I had to come downstairs several times a day and night. Mack was so awesome, though. He installed our new toilet a little ahead of schedule, so I didn’t have to run up and down the stairs for long.”

Even with all of the additional work, the project wrapped up by the beginning of September, well before baby Beckett’s debut.